Math is a Wonderful Chef 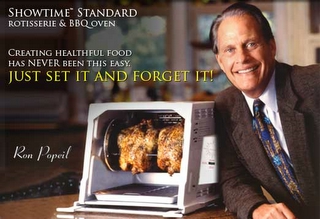 Using dimensional analysis we can extrapolate the intrinsic relationship between time and size of any given roast, and show that the cooking time per pound depends on the weight of the roast! Follow along.

Dimensional analysis is a great tool for mathematicians. It allows us to examine the relationship between certain variables in a given system without stressing over what units are being used to measure what. So the first question is, what natural units of measurement are considered while examining the the process of cooking a roast?

.
What about the roast?
It’s density:

must all be considered as well

So let’s turn this into math lingo! Let’s let…

mean that the variable

has units of Time
the variable

, has units Mass
the variable

, the heat transfer coefficient, has units Length squared over Time.

The [=] notation is a convention my professor David A. Kopriva uses which means ‘has units of’ so I’ll adopt it here.

We’ve got all the units that are involved in the natural process of cooking a roast. Next, to examine how they relate with one another, we’re going to use the Buckingham Pi Theorem. The theorem basically says that given a physical system, the relationship of all the variables and their dimensions can be expressed in terms of one or more dimensionless parameters. So all in all we’re just nondimensionalizing the equation relating the cooking time and the preoperties of the roast! How the heck does this work out?

The number of dimensionless parameters

we’ll have is always equal to the number of variables

minus the number of independent units

used to express them!

So how many variables do we have in our relationship? looking back at the top we have

which are the time, mass, density, and the heat transfer coefficient. So we have

How many dimensional units express them? We have M, L, T, Mass, Length, and Time. So we have

Alright, so we know there is one dimensionless parameter and we know all of our pysical variables. What we must figure out next is what the particular exponents are, each

Where a, b, c, and d are the exponents we wish to discover. Knowing that the product of all the dimensionless parameters (we have 1) must have no units, we can set up the next equation.

So clearly each exponent should be zero! This leads us to the following system of equations…

Notice there is one free variable, thus we can arbitrarily let d = 1 to find one solution. All that is left to do is substitute those values back into the equation for our

and analyze what relationships can be found.

It is clear that with different roasts, this parameter

is equal to some different constant which we so originally called C. To answer the initial question about how the time varies with different roasts we can set the equation to explicitly tell us!

I’m interested in seeing the relationship of the time in proportion to the pounds, or weight. After consulting some good ‘ol physics we’d know that Weight = Mass*Gravity

Ahhhh…. There it is… Finally we can see that

Now let’s ponder… What does this mean? Reading it from left to right I see it saying “The time per pound to cook a roast is proportional to

“. So if you double the weight of a roast, you most certainly do not double the cooking time or you’ll burn it!

How is this useful? How is it not?! If one were to experimentally derive a nice C, which basically means cook and cook and cook until you found a perfect time that made a roast of x pounds taste delicious, then you’d know, for the rest of your life, exactly how long to cook any other roast of some new y pounds!

There it is. Bask in the beauty of mathematics.

* Special thanks to David A. Kopriva, and the math department at Florida State University for teaching me this handy stuff! *

This entry was posted in Mathematical Models. Bookmark the permalink.