This project was a follow up to my post about the predator-prey model derived by Alfred Lotka and Vito Volterra. I chose to do this for two reasons. First its always easier to understand concepts when you have their meanings visualized and applied to real life. Second, when I took ODE’s phase planes where just lines and numbers on the board. After this project, I wholesomely understood the significance of phase planes, and they’re truly enlightening. I want to share that with everyone!

It’s a very straight forward program. I chose arbitrary values for the constants, my only concern was that the center point was at (2,2). The constants are

All of the code and documentation is at my github repository. 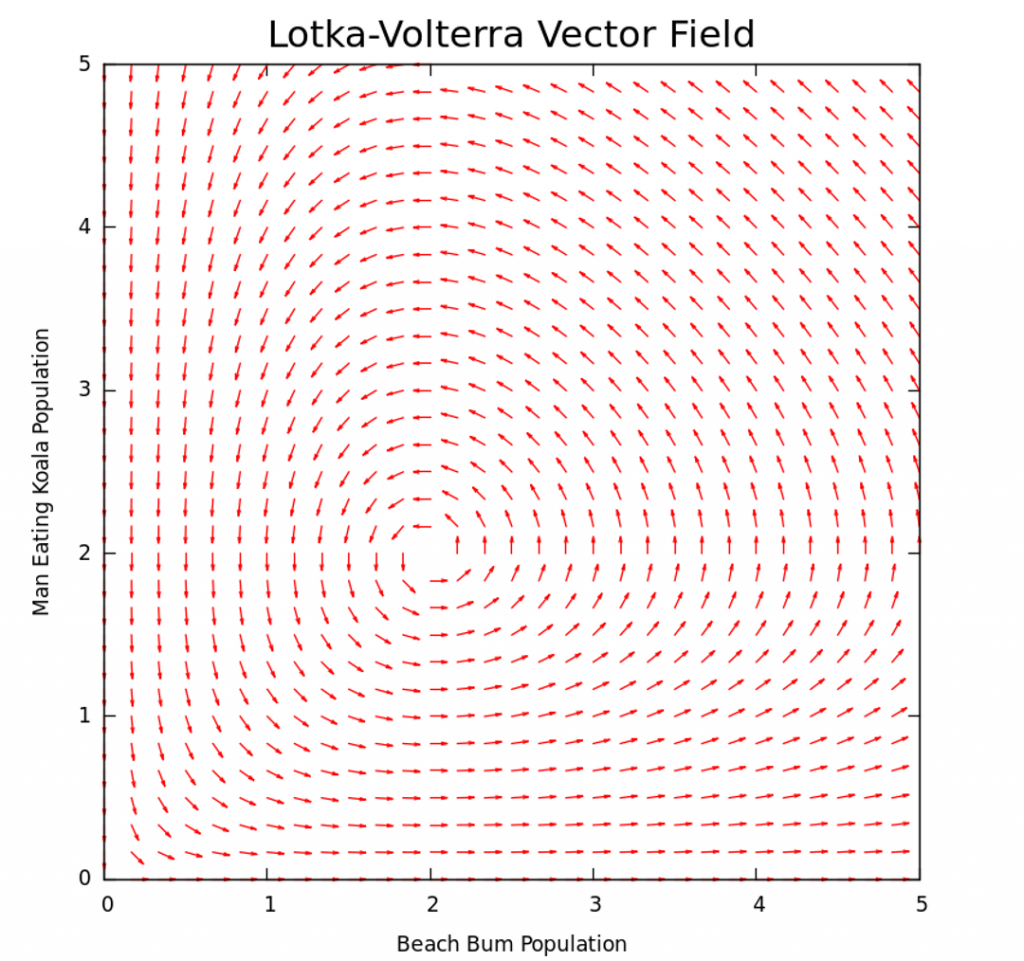 Then I use OpenCV to plot both populations against time. The sinusoidal graphs are just a sequence of lines drawn from pixel to pixel along the graph. Each pixel’s succeeding location is updated by the Lotka-Volterra equations as well. They’re plotted on top of the graph below, it as well was generated from gnuplot. 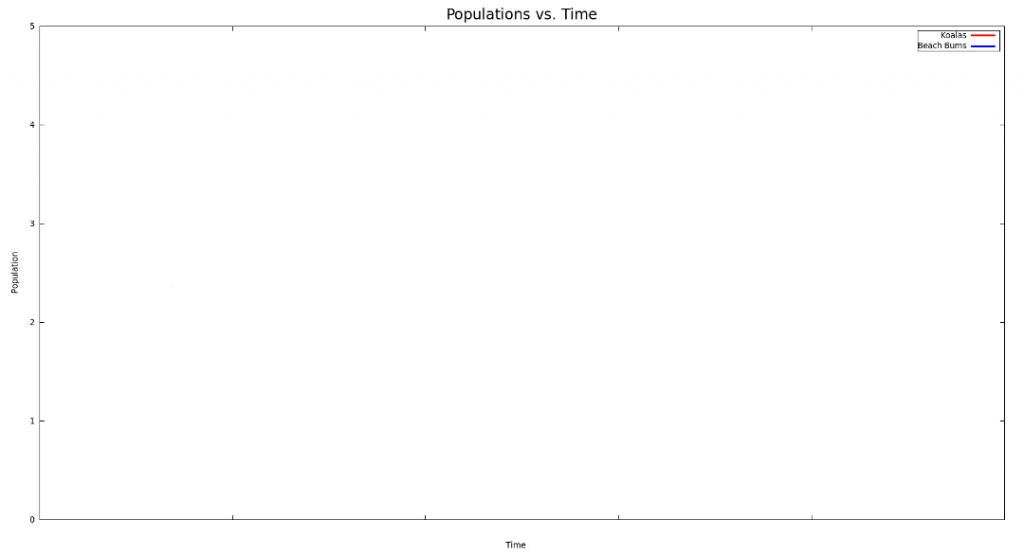 See it in Action

If you’re curious about what it looks like in action, I made a video about it in my math math modeling section.

I learned OpenGL for this program, so it’s a little buggy and certainly not very clean.

There are a bunch of constants I had to experimentally derive to scale the mouse clicks to the appropriate dimensions for both windows. I’m sure there is a better way to go about doing it.

This could have eaily been written only in OpenCV, but then I wouldn’t have had the excuse to learn OpenGL! =]

Thanks to my friend Ian Johnson for all of his help.
Also thanks to David Kopriva for teaching me about math models!

This entry was posted in Lotka-Volterra Visualizer. Bookmark the permalink.