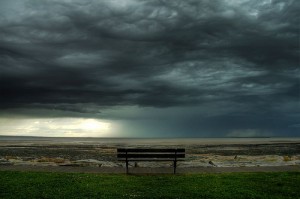 Looking at everything through numbers and equations just makes more sense than trying to wade your way through some overly complicated man made emotional veil of confusion… However, I’m certain I’m not alone when I say I’ve made some bad decisions that were terribly enjoyable, and some very good decisions that were unbearable. I know dedicating myself to understanding math and science is a good thing… It satisfies me and fulfills my rational mind. But when I find myself back in reality again, I often just feel alone. I find it difficult to enjoy things that most people do. It’s rare that I can have a conversation where I completely relate with someone else and connect on an intellectual level. I know these “nerdy people” who do math and science are perceived to see the world in a different way than most, and though that may be true in some situations, I for one would still like to feel a sense of belonging.

So I’m curious how the many scholarly people in the mathematics/computer science world perceive their world around them. How do you see your role in society? Do you feel like you belong where you are?

This entry was posted in Nonrandom Thoughts. Bookmark the permalink.

25 Responses to It’s Lonely Over Here